On 7/04/2018 a Search Warrant was served on a residence located on CR 310 in Goldthwaite. During the search warrant several firearms were recovered including stolen firearms from a recent Burglary of a Habitation in Mills County. There was also a small amount of Methamphetamine recovered in the Home. As a result of the search warrant an Arrest Warrant for Theft of a Firearm/Enhanced was issued for 41 year old Jason Higginbotham. Higginbotham was later arrested on the warrant by Deputy Daniel Garza during a traffic stop. Higginbotham was later released on $15,000 bond.

On 7/13/2018 27 year old William Holman was arrested in Dewitt County on an outstanding Mills County warrant for Failure to Appear on the charge of Driving While License Invalid. Holman was later released on $2,000 bond

On 7/19/2018 33 year old Andrew Heath turned himself in to the Mills County Sheriff’s Office on an outstanding Mills County warrant for Theft by Check. Heath was later released on $1,000 bond.

On 7/19/18 18 year old Jaycee Lenz was arrested in Brown County on an outstanding Mills County warrant for Motion to Adjudicate/ Assault on a Peace Officer. Lenz was later released on $10,000 bond.

On 7/23/18 Deputy Johnny Brown, Investigator Stephanie Brown and Deputy John Fincher were directing traffic on Hwy 84 West at FM 573 during the fire outside Zephyr. Investigator Brown noticed a red Ford Focus with its windows down as they approached the roadblock. Investigator noticed the smell of burnt Marijuana coming from the vehicle. Deputy Brown continued the investigation and after a probable cause search of the vehicle numerous drug paraphernalia items were located along with glass jar containing Marijuana. During the search a firearm was also located. One of the passengers, 21 year old Elija Parker claimed all of the items belonged to him. Parker was arrested for Possession of Marijuana <2oz and Unlawful Carrying of a Weapon. Parker was later released on $3,500 bonds.

On 8/01/2018 30 year old Jessica Hansen was sentenced during District Court to 6 months State Jail time for Possession of a Controlled Substance <1g.

On 8/01/18 34 year old Charis Threats was sentenced during District Court to Safe P and 10 months deferred probation on a Possession of a Controlled Substance = 400 GRAMS charge.

On 8/02/2018 Investigator Stephanie Brown conducted a traffic stop on a red Dodge truck. The driver was identified as 31 year old Valerie Stegemoller. During the stop it was determined that Stegemoller was driving on a suspended license, did not have current vehicle insurance and the registration was expired on the vehicle. Stegemoller was arrested on these charges. Stegemoller was later released on $2,000 bond. 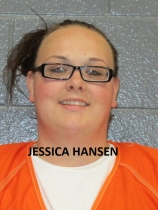 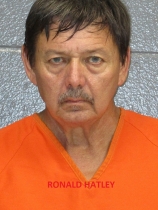 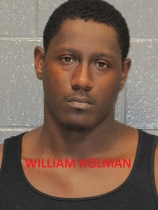 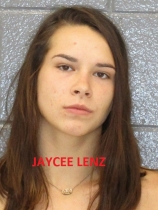 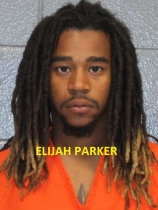 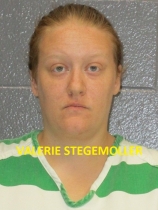 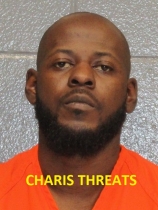