The Mills County Sheriff’s Office dates back all the way into the late 1800’s. The first Sheriff, G.W. Cunningham, was elected in 1888 to Mills County, Texas. Shortly afterwards that same year the first county jail was erected in Goldthwaite which is located on the southeast corner of the Courthouse Square. The jail was the first structure built by the newly organized county, before the county seat was ever chosen. The jail was constructed in a manner where the Sheriff lived in the bottom floor of the jail and the inmates were housed in the upstairs of the jail. It is assumed that Sheriff Cunningham, his wife, two daughters and two sons were the first to occupy the jail as a residence.  Since 1888 there have only been 21 Sheriff’s elected to the position and out those the longest serving was Sheriff H.G. Brooks who served from 1964 thru 1980 for a total of 16 years. The Mills County Sheriff also served as the Collector and then in 1934 the title was changed to Mills County Sheriff/Tax Assessor/Collector.  In 2015 an election was held separating the position and Tax Assessor/Collector became its own elected position. 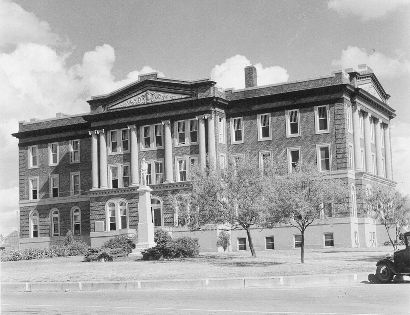 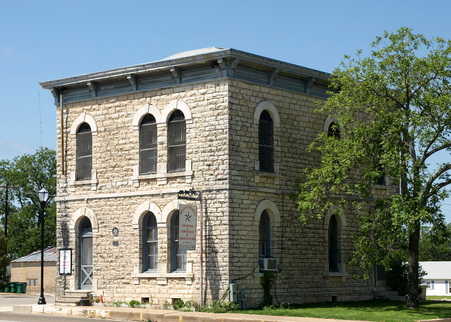