Sheriff Clint Hammonds reports several arrests, beginning with three on August 8, 2018.  Mary Keck 38 of Austin, Texas was arrested on a warrant stemming from driving while license invalid and has since posted bond. Cecilia Rangel Mata 20 of Austin, Texas was stopped for driving 93 M.P.H. in a 75 M.P.H. zone. Deputies approached the vehicle and immediately smelled burning marijuana emitting from inside. Mata was placed under arrest for possession of marijuana in a drug free zone and made bond the following day. Later that same evening, 22 year old Thomas Edwardo Garza Sr. of Austin was stopped on US 84 east of Goldthwaite for fail to dim headlamps at approaching vehicles. Contact was made with Garza where he immediately became uncooperative with Deputies. Garza would not identify himself so he was removed from the vehicle and placed into handcuffs. Garza later admitted that he did not possess a driver’s license and during the deputies patting down Garza for weapons he was found to be in possession of marijuana. Garza was charged with possession of marijuana and placed in the Mills County Jail.

On August 21 thru the 23rd Mills County Deputies spent most of the week testifying in a possession of methamphetamine and endangering a child case in the 35th Judicial District Court. Former Mills County resident, Justin Allen Lee 36 years of age stood trial before Judge Stephen Ellis stemming from a search warrant that was executed in 2017 on Farm Road 572. As a result of the trial Lee was sentenced by Judge Ellis to a total of 50 years confinement in the Texas Department of Criminal Justice.

Also on August 21, 2018 36 year old Phillip Eugene Jones of Goldthwaite turned himself into the Mills County Jail for a parole violation and is still currently in custody. On August 25, 2018, 40 year old Edward Evans of Mullin was stopped for an equipment violation on Fisher Street. During the contact, the Deputy could smell the odor of burnt marijuana emitting from inside the vehicle. Evans surrendered the remaining marijuana in his possession and was placed under arrest for possession of marijuana in a drug free zone. On August 29, 2018 24 year old Brian Wayne Hopson of Denver, CO was arrested for a warrant for failure to appear on possession of a controlled substance and since made bond. On this same date, 23 year old Christopher Scott Kistner was arrested on Fourth Street for driving while license suspended. On August 31, 2018, at approximately 10:00 PM, deputies were dispatched to a car accident in the 1400 block of Queen Street. Deputies arrived and found that a vehicle had drove through a residence and the driver had fled the scene. The driver was identified as 25 year old Kiefer Lee Wilson of Goldthwaite. Citizens and deputies began looking for Wilson and he was spotted several times but continued to elude deputies until approximately 1:45 AM where he was found on a bicycle and arrested for public intoxication. This case is still under investigation and further charges may be pending.

Finally on September 1, 2018, deputies responded to a report of man with a gun on Fisher Street and arrived and found that the victim was on an adjacent property shooting guns. Victim stated 33 year old Joseph Charles Valadez, manager of the Eagles Nest RV Park in Goldthwaite, had displayed some type of rifle and made some aggressive comments towards the victim and his family. Valadez was placed under arrest for the offense of Deadly Conduct and several firearms were seized from the residence. This case is still ongoing and investigators will look into the option also of indicting Valadez for felony aggravated assault charges in the 35th Judicial District Court. Valadez was taken into custody and made bond the next day. 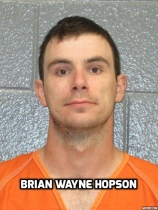 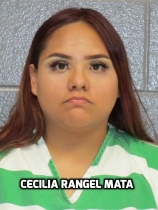 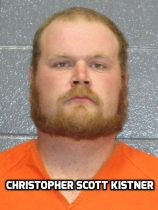 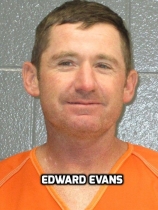 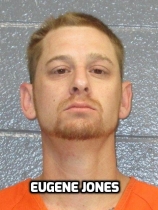 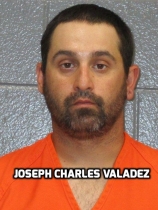 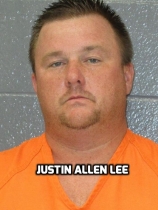 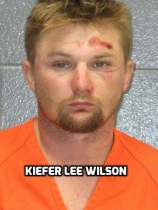 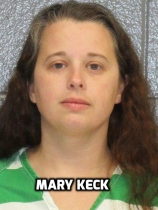 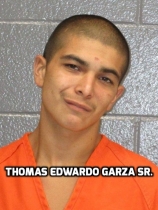