Sheriff Clint Hammonds reported that Mills County Sheriff’s Deputies have been busy in the recent months on investigating the distribution of illegal drugs in our community. Mills County Deputies conducted numerous undercover investigations resulting in the sale of prescription drugs, methamphetamine and marijuana. The following individuals have been arrested in the past month for charges stemming from undercover purchases of illegal drugs. Mathew Joe Lopez 33 of San Saba was arrested for felony delivery of methamphetamine in a drug free zone. Mills County Deputies arranged the purchase of methamphetamine from Lopez who agreed to meet at the Goldthwaite City Park which has enhanced the offense. The next offender is 63 year old Fabian Lee Ynostrosa of Goldthwaite who sold prescription pain killers that he was prescribed. Tammy Lynn Dotson 44 of Goldthwaite was also arrested for delivery of a controlled substance after Mills County Deputies were able to purchase 99 pain killers from Dotson and then an additional 40 more in the same day. Finally 25 year old Hector Martin Vaquera of Goldthwaite was arrested for delivery of methamphetamine in a drug free zone. Mills County Deputies served a narcotics search warrant on Vaquera’s residence in the 1500 block of Cline Street just around the corner from the Goldthwaite High School. During the execution of the warrant deputies made a substantial seizure of items related to the possession of methamphetamine. Mills County Sheriff’s Office is still continuing their efforts to investigate and arrest any individual in the illegal possession or sale of illegal drugs in our community. Sheriff Hammonds commended his staff in the jail as well as the deputies involved in the investigation and stated that a lot of resources, man hours and money went into this investigation. Sheriff Hammonds stated that there are additional arrest planned in the future based off this investigation but did not elaborate on the individuals involved. 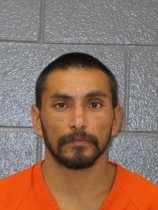 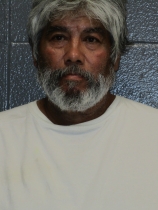 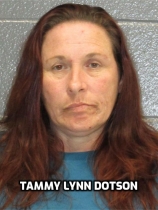