Sheriff Clint Hammonds reported several arrests for the month of May beginning with the arrest of Tabby Soto Day 48 years of age from Richland Springs, Texas on May 3rd. Soto was arrested on warrants for motion to adjudicate for possession of a dangerous drug and motion to revoke probation for theft by check. Cassandra Freeze 44 years of age from Goldthwaite, Texas was arrested on warrants charging motion to revoke probation theft of property. On May 6th 62-year-old Glenda Watson Campbell of Goldthwaite was bench warranted back to Mills County to stand trial for a felony DWI. On this same date, Martha Dawn Lawhon 26 years old of Goldthwaite was stopped by Mills County deputies for numerous traffic violations. Deputies discovered during the stop that she was in possession of methamphetamine and paraphernalia. Lawhon was charged with possession of methamphetamine, possession of drug paraphernalia, tampering with evidence, prohibited substance in a correctional facility, and numerous traffic offenses. The passenger in the vehicle, identified as 44-year-old Nelda Juanita Hannon of San Saba, Texas, was also arrested and charged with possession of methamphetamine, tampering with evidence and another charge of possession of a controlled substance all of which are felony. On May 7, Mills County deputies responded to a residence 17 miles west of Goldthwaite on FM 574 in regards to an assault that was in progress. Deputies arrived on scene and according to witnesses identified 20-year-old Davante Jaxon Evetts as having been involved in an assault where the victim fled on foot being chased by Evetts. Deputies conducted a security sweep of a residence located on the property in an attempt to find the suspect and/or victim. During this security sweep, deputies discovered narcotics in plain sight inside the residence. At about this same time, the victim came walking up to the house and spoke with deputies stating that Evetts had assaulted him and then pulled a knife on him and threatened to kill him. Deputies began drafting a search warrant for the residence and arrest warrant for Evetts for the offense of aggravated assault with a deadly weapon. Then at approximately 5:30 AM Evetts approached deputies who advised him that he was under arrest and he fled the scene. Evetts was caught later that day in Brown County after a long and lengthy search. Evetts was charged with evading arrest and detention, possession of methamphetamine over 4 g but less than 200 g and two counts of aggravated assault with a deadly weapon. On May 11, prior to midnight, deputies responded to a one vehicle accident on US 183 south of Goldthwaite. While on the way to the accident, deputies came across a white male identified as Vincent Anthony Asciutto of Early, Texas walking down the highway. During the interview it was determined he was the one operating the vehicle that had crashed and was intoxicated. He was charged with felony driving while intoxicated.

After a lengthy investigation by Mills County investigators, 60 year old José Maria Balencia was arrested for three counts of aggravated sexual assault of a child and eight counts of indecency with a child. Balencia is still being held in the Mills County jail awaiting trial. On May 16 Mills County deputies conducted a traffic stop on 56 year old Valerie Odom Tidwell, during the stop it was discovered that Tidwell was wanted out of Hamilton County, Texas for possession of methamphetamine. Tidwell was placed under arrest and transported to the Mills County jail. On May 22, Mills County deputies responded to a report of a reckless driver on US 84 W. of Goldthwaite. Deputies made contact with the driver as Michel Dieppa Acosta 30 years of age from Austin, Texas. During the stop it was determined that Dieppa Acosta was wanted out of Travis County, Texas for bond forfeiture for the offense of speeding. Dieppa Acosta was placed under arrest and transported the Mills County jail. 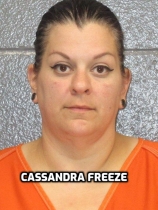 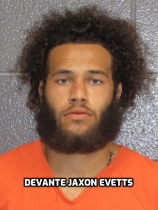 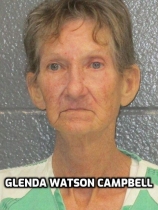 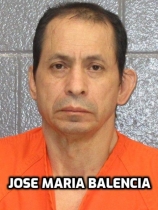 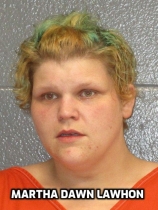 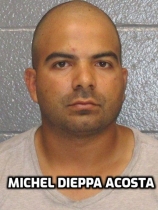 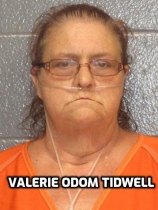